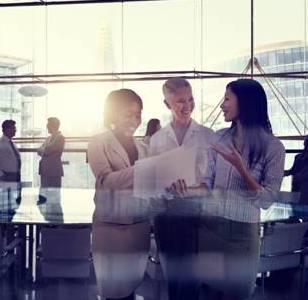 Boyatzis (1982) defines a competence as ‘an underlying characteristic of a person which results in effective and/or superior performance in a job’. This definition goes in the right direction; however, it does not distinguish competences from skills and so, in our view, is too general.

A useful distinction between competences and skills has been suggested by Kanungo and Misra (1992). According to them, competences are abilities to engage in cognitive activities that enhance adaptive functioning in face of a complex and unpredictable job environment. They help to decide what, when and how to utilise skills to engage in cognitive self-controlling adaptive responses (Kanungo & Misra, 1992). Skills, in contrast, are considered to be of a more limited nature, referring to “abilities to engage in an overt behaviour to handle a routine job” (Kanungo & Misra, 1992, p. 1323).

The above distinction makes it clear that the IRC assesses competences, not skills.

Can competences be trained and developed?

This depends on where a given competence ‘comes from’. Competences are comprised of bodies of knowledge, attitudes and values, traits, motives, self-images and social roles (Sparrow, 1997). All these elements can enable a person to “engage in cognitive activities that enhance adaptive functioning …” Competences may thus be based on fairly stable tendencies to behave in a certain way, e.g., personality traits, and more dynamic, changeable tendencies. It is this latter type of competence that we are interested in, i.e., competences that can be trained and developed.

Which competences are essential for being effective in an intercultural context?

Effective functioning in an intercultural context depends on several competences, which can be classified as:

Drawing the exact boundaries between these three types is complicated and depends on the psychological model of a person one favours. We see no need at this stage to commit ourselves to any such model, nor does the constructive use of the IRC depend on it. However we do believe that by relating the four IRC Competences to these broader classifications of psychological functioning, we can get a better feel for the nature of the IRC Competences.

Relating the four IRC Competences to these broader classifications

Jalal is the founder of Talent Leadership www.Mouti.net, an entrepreneurial and innovative community to share the knowhow and boost talent.

Prev For whom is it appropriate?
Next Definition